and decided to re-post it with the hopes of continuing the saga in the near future.

Again, I hope those of you that have not read it already will enjoy it;

I hope those of you that did read it 4 years ago will want to read it again.

Caleb North settled deeper into the saddle, looking out over the valley that was spread below him.  As his eyes settled on the distant mountains he wondered, not for the first time, how he had gotten to where he was.

He had learned years ago that life had a habit of curving one direction when you had every intention of going the opposite way.

When past memories started to crowd his thoughts, he deliberately closed them off.  No sense in ruining a good day with thoughts of ‘what-if’.

Sighing, he lightly nudged the bay forward, picking his way through the rocks on the hillside.

As the horse nimbly worked its way to the valley floor, Caleb raised his eyes to the line of smoke that rose from the chimney in the distance; taking in the house and the out-buildings that comprised his spread.

His head eased to one side in a slight movement of disbelief as he contemplated the vast acreage that now belonged to him.

When the war broke out back east, he had joined without hesitation; determined to protect his home and keep the Yankees out of his beloved state.

When the war ended, he had no home to go back to, and his beloved state was in shambles, courtesy of Major General William Tecumseh Sherman.

When the horse reached flat land once again, Caleb eased him into a run that soon ate up the distance and brought them to the barn that housed his other horses.

He made short work of taking care of the animal, and was closing the door to the stall when a low, deep voice came from behind him.

“I was wondering where you had gone off to.”

He turned to look at Jesse, his ranch foreman and best friend.  Ignoring the knowing look in the other man’s eyes, Caleb set the latch on the door and picked up the tack to put it away.

“I was up on the hill, looking for strays.”

Jesse’s grunt of acknowledgment was full of question and awareness.

Caleb sent him a hard look and raised a brow.

Jesse shook his head and looked down at the barn floor.  He figured the two of them had been to hell and back over the past ten years, and that had earned him the right to speak his mind.

“Just thought maybe you was remembrin’  and not wantin’ ta’.”

Caleb studied the concerned face before him and heaved out a sigh.

“Jesse, I learned long ago that, unless the Good Lord shows us the ‘whys’ of life, there’s no point in dwelling on what came before.”

“That may be, but it don’t stop the mind from heading in that direction, or the pain from leaving a hole in your chest.”

As they started to crowd his mind, Caleb deliberately closed off visions of the large plantation that his great-grandfather had established a hundred years before because the picture of the glorious white pillared house was soon superimposed with the burned out ruins that had greeted him on his return after five years.

The Lord had allowed him to lose everything dear to him.  For what purpose, he had no idea; but also knew that eventually it would make sense.

Part 2 can be found here.

Part 3 can be found here.

Part 4 can be found here.

Part 5 can be found here.

Part 6 can be found here.

Part 7 can be found here.

Part 8 can be found here.

Part 9 can be found here.

Part 1 can be found here.

Part 2 can be found here.

Part 3 can be found here.

Part 4 can be found here.

Part 5 can be found here.

Part 6 can be found here.

Part 7 can be found here.

Part 8 can be found here.

Part 9 can be found here.

Caleb knelt down to lay more wood in the fireplace. The late winter wind whistled around the corners of the house, making him glad for the heat of the fire.

At the sound of Toby’s voice, Caleb brushed his hands on his trouser legs and turned to the young boy, his heart swelling at the title he had been given by the children.

As Toby held out his hands, Caleb reached to draw the tiny body closer.

“Papa, is Mama going to be alright?”

Caleb nodded, taking in the three sets of questioning eyes that watched him from across the room.

He stood and moved to settle in the chair near the fireplace, holding out his arms to the four children.

Toby and Julia climbed into his lap while Emily and Beth stood near his shoulders. He reached up and took each girl by the hand and motioned for them to take the hands of the younger two.

“Why don’t we say a prayer for Mama and the baby?” He waited while they settled, a small circle of love and hope, then bowed his head.

“Father, we come to you now to thank you for this family and for the love in this household. Thank you for each one of these precious little ones that you have bestowed into our care. We ask now Father that you will be with their Mama and with the tiny babe that will soon be joining us. We ask that you keep Your Hand on them, keep them safe and healthy and free from harm. We ask, Father, for your continued blessing on this family; but, as Jesus prayed Father, not our will but Thine be done. Amen.”

Still they hovered near his chair, drawing on his strength and calm.

If only they knew how terrified he was inside, Caleb thought with an inward grimace. He focused on the Lord, feeling His peace descend into his heart, and smiled reassuringly at the four scared faces watching him.

It was Beth’s face, and Emily’s that caught at his heart. The damage done to those poor souls still lingered in their eyes.

The nightmares had eased somewhat, but now they had an added fear of losing their Mama and it was written plainly on their beautiful faces.

“Mama is in God’s hands, and there is no better place for her to be.”

They stared, still struggling with the fear that filled them.

The sudden pounding on the door made them all jump. Caleb lifted Toby and Julia off his lap and moved to swing the door open, looking in surprise at the snow-covered sheriff.

“Tom!” Caleb glanced out into the yard, taking in the lone horse that stood with head bent against the winter wind. “Come in.”

Tom stepped gratefully into the warmth of the room and stood rubbing his gloved hands together. He took in the worried faces of the four that still stood hovered around Caleb’s chair.

“Will came into the office after he brought Henrietta out here.  He told me about Lana and I decided to ride out and see if you needed anything.”

Caleb motioned to the pot of coffee that sat on the cook stove.

Tom nodded and bent to remove his boots. Caleb settled the children at the table with milk and some of the sugar cookies that Henrietta had brought with her, and then poured two cups of the steaming coffee.

When the two men were settled near the fire, Tom looked first at Beth and then at Caleb.

“We finally heard from back east,” he said quietly. “Beth’s only relative, an aunt in Boston, is not capable of taking the girl. Her husband is ailing and she has her hands full with her own children. She sent signed papers giving you full custody.”

Caleb let out a sigh of relief, feeling the fear of losing the girl slide from his shoulders.

When the loud wail filled the silent room, he jumped and spun toward the hall. He strained to hear even the slightest sound, but the baby’s cry covered the quiet murmurs of Lana and the midwife.

The door opened a few minutes later and Henrietta came out, smiling at Caleb and motioning for him to come. He stood quickly and closed the small distance in record time.

The sight that met his eyes pulled a smile to his lips and tears from his eyes. Lana lay in the bed, gently cradling a tiny wrapped bundle. She looked at him, eyes tired but gleaming.

Caleb moved cautiously to kneel beside the bed, large hand going out to cover the tiny head that lay against Lana’s shoulder.

“A son.  Then Josiah it is,” he said of the name they had chosen for a boy. He looked at the woman that he had loved for most of his life and grinned before reaching out to take the tiny bundle into his arms.  “Hello Josiah.”

He looked back at Lana and settled on the edge of the bed.

“Our family has grown by two today.”

He watched the look that came into Lana’s eyes and smiled. “Beth’s aunt can’t take her and has sent papers to Tom giving us custody.” They grinned at each other. “She is ours now, Lana.”

Lana looked to where Henrietta was cleaning up the room.

“Henrietta, would you please ask the children to come in here?”

When the four had taken turns oohing and ahhing over the new addition, Caleb cleared his throat.

“We have other news, also, Beth.” When the dark eyes met his, he smiled nervously. “The Sheriff has gotten a letter from your aunt in Boston.”

Fear rose quickly in the gaze that watched his steadily and Lana reached out a hand to grip the shaking one that lay on the blankets.

“She said she is sorry but her husband is sick and she has children of her own to take care of. As much as she would like to, she just can’t take you right now.”

“What will happen to me then?”

The quiet question, filled with that fear that shouted from her eyes almost broke Caleb’s heart.

“Well, we want you to stay here with us. Would that be okay?”

The fear was shoved out by a joy that was almost palpable.

“Do you know, Beth, I always wondered why God allowed what happened, and why he brought me all the way out here from Georgia.” He looked into her eyes. “I believe now it was so that we could find you and have you be part of our family.”

Beth lifted her arms and wrapped them around Caleb’s shoulders.

Caleb’s laugh caught on a sob.

“Yes, you may. If I am allowed to say you are my daughter.”

She nodded vigorously as they clung together, their tears of joy mingling on their cheeks.

THE END
© Drusilla Mott and https://drusillamott.wordpress.com, 2012

TO GOD BE THE GLORY

This site is dedicated to my Lord and Savior Jesus Christ. May He guide every thought, every word that is posted here. If it were not for Him, this site would not exist.

May all who visit here be blessed.

"For God so loved the world, that He gave His only begotten Son, that whosoever believeth in him should not perish, but have everlasting life." John 3:16

ON FAITH AND WRITING ADVERTISEMENT DISCLAIMER

ANY ADVERTISEMENTS SEEN HERE ARE NOT PLACED HERE BY ME, NOR DO THEY NECESSARILY REFLECT MY VIEWS OR THE VIEWS OF ANY ONE THAT COMMENTS HERE. THEY MAY REFLECT VALUES THAT WE DO NOT ENDORSE. 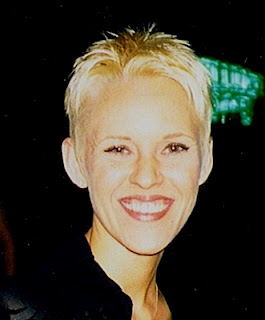 Poetry, Art and Others

Where to find me elsewhere