Those of you that have been visiting On Faith and Writing for a while know that before I began this blog, I worked in the office at my church. The minister at that time was my Uncle David — Bonnie’s dad and Nikki’s grandpa.

Nikki grew up in a small town in southwestern New York State with two sisters. I didn’t know Nikki, but I know her family enough to know that she was loved dearly by both family and friends.

In 2002, Nikki was living in Pass Christian, Mississippi, working at a casino with her husband. When he lost his job and wanted to move, Nikki decided she needed to make a change.

According to family and friends, she felt she needed to protect the son she had with her first husband, and was quietly planning on leaving her second husband and taking her son to her family in Florida.

The husband was supposedly in Shreveport, LA where he had gotten a job at another casino, and Nikki used that time to pack and plan her escape.

July 29, 2002, the morning before she was to leave for Florida, she was found dead on the balcony of her condominium with a single gunshot wound to the head. Her five-year old son was inside by himself, unharmed.

Within two hours, the chief investigator on the scene ruled her death a suicide, never doing an autopsy or an investigation that would normally be done.

Her family is sure that she did not commit suicide for a variety of reasons, one of which is that her son was the light of her life and she would not have taken her own life, leaving him alone just a few feet away.

But, beyond her families personal reasons for believing she was murdered, there are numerous inconsistancies that were not addressed or investigated. 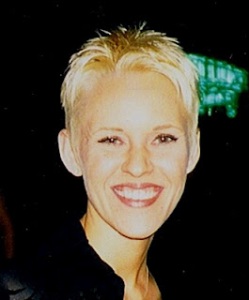 No fingerprints were taken, and no gun powder residue test was done.

The physical evidence at the scene suggesting Nikki had not been alone on the balcony was ignored:

A Sterling .380 caliber pistol was partially under her left thigh on a chair, her right leg was propped up against the table in front of her, and a cordless phone on the table was covered in blood.

A bullet was located in a chair on the next balcony, and a shell casing was later found by a maintenance man in the condo’s pool.  Neither of these items were documented with photographs, nor was the caliber on the casing identified.

These bring questions to the surface:

How did the pistol get under her thigh?

How did the phone get covered in blood? Who moved it and why?

Who did the second pack of cigarettes and lighter belong to?

Also ignored was the information that Nikki’s death may have been connected to an interstate drug operation involving the people she worked with at the casino.

Bonnie’s repeated attempts to get this investigated and solved, and to bring Nikki’s killer to justice have been met with endless refusals of help and closed doors. According to one source, she had many “professional” people begin to look into the case, and then suddenly quit with no explanation or they disappear, bringing to mind the question of a cover-up.

She has found a few willing to help, but so far they have gotten no closer to solving the murder.

Nichole Lynne LaDue January was a daughter, a granddaughter, a mom, a sister, a friend.

Those that have been left here, mourning the loss, want desperately to find the truth and to have the killer brought to justice. 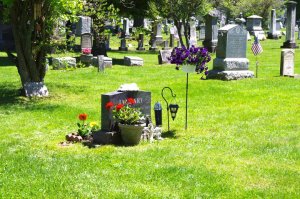 This is just a small outline of the story behind Nikki’s death.  There are numerous articles relating to this case that cover the full extent of what has been pieced together so far. If you care to find out more, follow the links below. Be forewarned, some of them contain the few pictures taken at the scene and may be upsetting.

If anyone knows anything about this case, please leave a comment and I will forward it to Bonnie.

And please, keep Nikki’s family in your prayers.